Our curator, Ryan Hughes, recently recieved a bursary to visit the Liverpool Biennial and to report back. His report can be read over at:

As a research unit [RHP] CDRs conducts a huge quantity of work which for whatever reason doesn’t result in any kind of resolved, public facing project; this includes being in constant dialogue with practitioners, academics, collectives and institutions from around the world. Throughout 2014 fragments from these discussions will be appearing online and in print as a part of [RHP] Transcripts.

The most recent in this series of text’s is by Edinburgh based researcher and artwriter Jake Watts. We originally published this work as an A5 publication as a part of our Post-Modern Plant Life: An [RHP] CDRs Artist Laboratory project in Leamington Spa’a Jephson’s Gardens, the following is only an excerpt.

Upon entering my eyes were drawn up to the canopy, flora and fauna amalgamated in an ascent towards the artificial environment’s glass cap. The prick, prick, prick of the plant’s perspired droplets descending into pools of stagnant water beside me echoed around the entrance. Between those intermittent punctuations the convection of industrial humidifiers droned onwards, suppressing the sounds of the insects to an indiscernible chatter.

It was while ascending one of the sloping ramps, which tangentially kissed the sides of the sloped spherical atrium, when I saw a lollygagging Vanessa atalanta, the Red Admiral butterfly descend upon an older woman’s arm.Her attention was focused on a macaw that was propelling itself across the enclosure, she didn’t see nor feel it landing on her bicep.

The remaining copies of the publication are available to buy (whilst stocks last) over at: 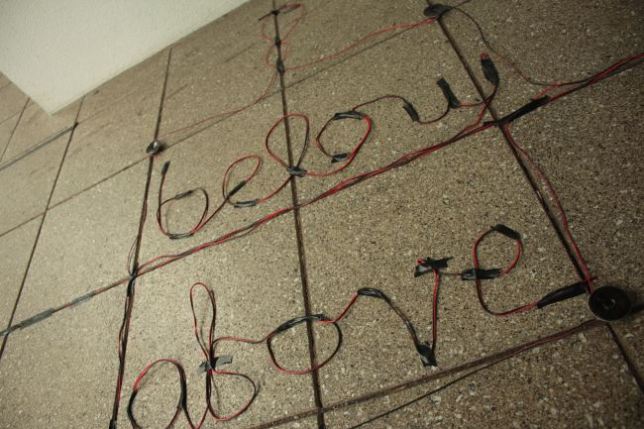 As part of the artist lab in the temperate house, jephson’s garden, leamington spa I created a small audio installation consisting of field recordings of the plants and soil and my voice. Speakers buried in the soil play my voice singing an extract from Abraham Cowley’s poem/essay “The Garden” while speakers on the ground play recordings of the plants and soil. The speaker cable spells out “below above”.

Inspired by Abraham Cowley’s poem which talks of the pleasure of the sound and ambience of a sultry garden I made some recordings using contact microphones and hydrophones of sounds you wouldn’t normally hear: deep under the soil, moving leaves and the stripping of bark.

Here is the extract which I sing:

“Oh blessed shades! oh gentle cool retreat
From all th’immoderate Heat,
In which the frantic world does burn and sweat!
This does…

Post-Modern Plant Life is now over; however, we had a fantastic week, some really strong work and relationships were built and it was generally a really fun project to have put together. You can see dozens of photographs from the past week in a dedicated album on our  facebook page with this link:

Antonio has also uploaded a lot of his photographs and digital works from the Laboratory on his Flickr page which can be viewed at the following link:

But, we thought we’d also share a few pictures here too!

Thanks to all the participants, visitors and Warwick District Council’s Arts Development Service.

And lots of things still in development; it’s also a great chance to chat with the artists about their work! Event’s will be from around 1:00pm but we’ll be in the space all day, see you tomorrow!

I will be in residence at The Temperate House, Jepherson Gardens, Leamington Spa next week as part of [RHP] CDRs Post-Modern Plant Life laboratory. I’m not sure what I will be doing until I get in the space but probably a performance or installation of some kind.

Post-Modern Plant Life: An [RHP] CDRs Artist Laboratory will provide an opportunity for a group of practitioners from fields including contemporary art, experimental music and academia to spend time together in the unique setting of The Temperate House in Leamington Spa’s Jephson’s Gardens to see how their respective practices can interact with each other and with the visually exciting and complex space.

As a research unit [RHP] CDRs conducts a huge quantity of work which for whatever reason doesn’t result in any kind of resolved, public facing project; this includes being in constant dialogue with practitioners, academics, collectives and institutions from around the world. Throughout 2014 fragments from these discussions will be appearing online and in print as a part of [RHP] Transcripts.

The next installment in this series of text’s is a discussion with Birmingham based Sound Artist Justin Wiggan.

You’ve been practicing for quite sometime under a variety of names; can you tell us how long exactly, how many names have there been in that time and how did you come to be involved with sound art and experimental music in the first place?

Practicing is a suitable phrase, due to my lack of musicality in technical terms I have been a noisician since I was a child. So around 31 years! Noise has always drawn me in, I think it is because of my very poor eyesight which went on over a period of 3 years from the ages of 6 to 9; I was told that I would eventually go blind by the school doctor, upon hearing this I ran out of the school in sheer panic! Whilst this has not happened my failing eyesight -5.5 in each eye led me to rely on hearing as a priority. So I explored the world through this lens. I grew up in Burnley Lancashire, which during the 1970’s had the last straggling industrial factories and corpses of cotton Mills. The geographical sound was a mist of wagons over cobbled streets, clanging chains and sirens. This phonic DNA has attached itself to me. When I was 10 I made cassette recordings from the radio straight next to the speaker which got ruined on Sunday night as my mother vacuumed at the same time so my early mix tapes had drones running through them. I also discovered that the video recorder we bought (a big 1980’s luxury in Burnley) could be used by plugging headphones into the mic socket so I would dub programmes and football matches with nonsense. My brother and I also recorded visual static fuzz and dubbed ourselves shouting help and tapping the screen. We played it then hid on the stairs trying to freak my mother out. She just turned it off! Unconvinced. So the practicing has been a mapped exploration since then, the names come and go suiting the discovery so I have been in numerous bands but started to take my practice seriously after I left subaqwa. This allowed me to make the decision to make a dedicated and meaningful study of noise with Darren Joyce as d0tb along with my solo practice, firstly as Geography of Nowhere and now as Roadside Picnic. This has led to many collaborations and releases. All can be found by visiting www.dreamsoftallbuildings.com and www.cottoncandyhousefire.tumblr.com. 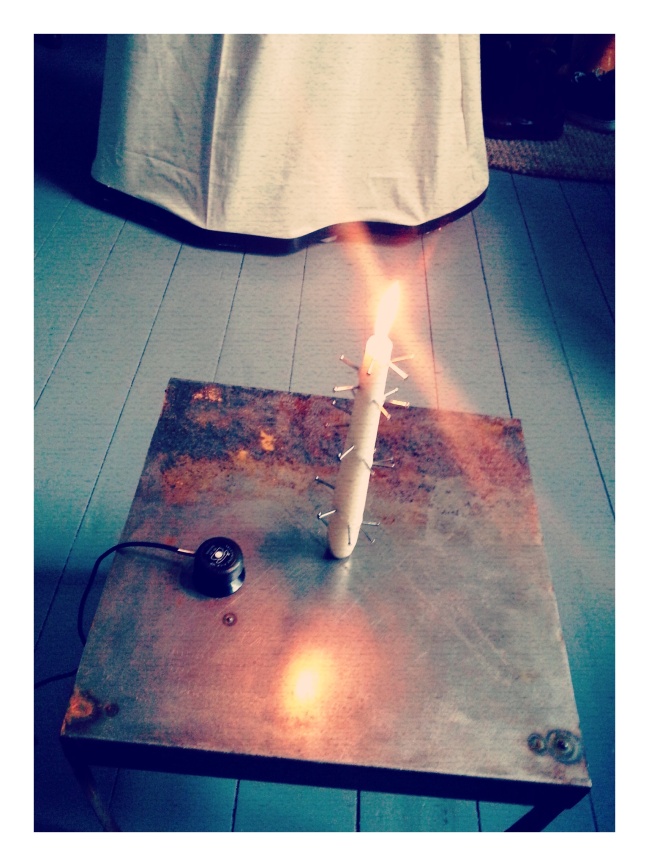 Are there aesthetic differences between your output whilst working under these different names, or is it just context and perception which have shifted? For example did Geography of Nowhere sound or present itself in similar ways to how Roadside Picnic does now?

Aesthetics are seeded during initial planning and are farmed to fruition to suit the purpose so they are in constant flux; for example the aesthetics that the Geography of Nowhere (a doom dub band with Nathan warner from Backwards and Stuart Tonge from SWOOMPTHEENG) project commanded a reflective semiotic which was grounded in the musical and lyrical content. Geography of Nowhere was a precursor to Roadside Picnic, focus wasn’t harnessed and as the title suggested not at anchored compared to the more defined locale of a Roadside Picnic where the location is determined.

Having mentioned your work with other practitioners could you talk a bit about your various collaborations? You’ve recently released work with another artist who we’ve talked with through RHP_Transcripts, Sindre Bjerga and you have an ongoing project where your working with Ikon Gallery and John Taylor Hospice. Are there other collaborations? How crucial is the process of collaboration to your work? 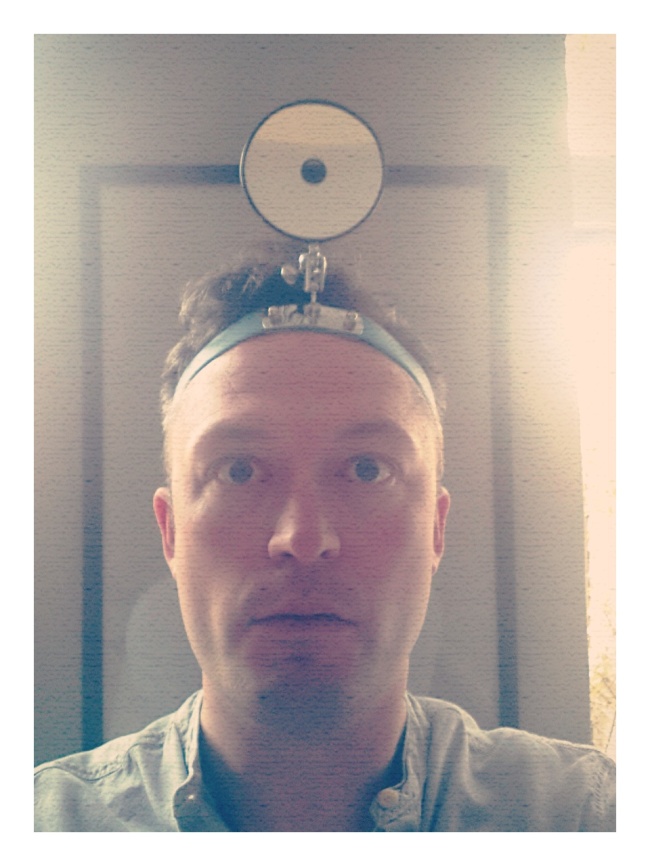 Whilst I throughly agree that resolution is not a necessity I think we’ve reached a good point to draw this discussion to a close. Are there any projects coming up that you would like to mention here?

There are a few things on the horizon including collaborations with Maurizio Bianchi amongst others, a residency at Kingshurst Artspace in July called “The Myth of Twilight” and a residency at University of Birmingham called “The Germinating Lens” in October. I’m also working on a live essay exploring how The Smiths referenced Queen in every one of their songs. Also, keep up with life echo at http://www.life-echo.com And… Mosaic of Teeth with Nicholas Bullen, Anthony Donovan and Illios amongst others which will be released on 4 ib Records.

A month ago the wonderful folk over at Doggerland came to visit and we had a good long chat!

This morning an edited audio recording of that discussion and a piece of text they’ve written about [RHP] CDRs has appeared over on their website. You can read the text by visiting: http://www.doggerland.info/rhpcdrs

And you can listen to the (edited) audio recording of our discussion below:

[RHP] CDRs is in great company as Doggerland have visited a whole host of really exciting projects and spaces as they travel around the country mapping the UK’s artist-led ecology. Other space’s they’ve visited include; Generator, Royal Standard, Enclave and those lovely folk down the road at A3.

In related news this meeting with Doggerland happened on the morning of the inaugural Digbeth First Fridays, the second in the series of this exciting range of events is this evening and we’ll be wondering the streets of Digbeth, be sure to say hello! 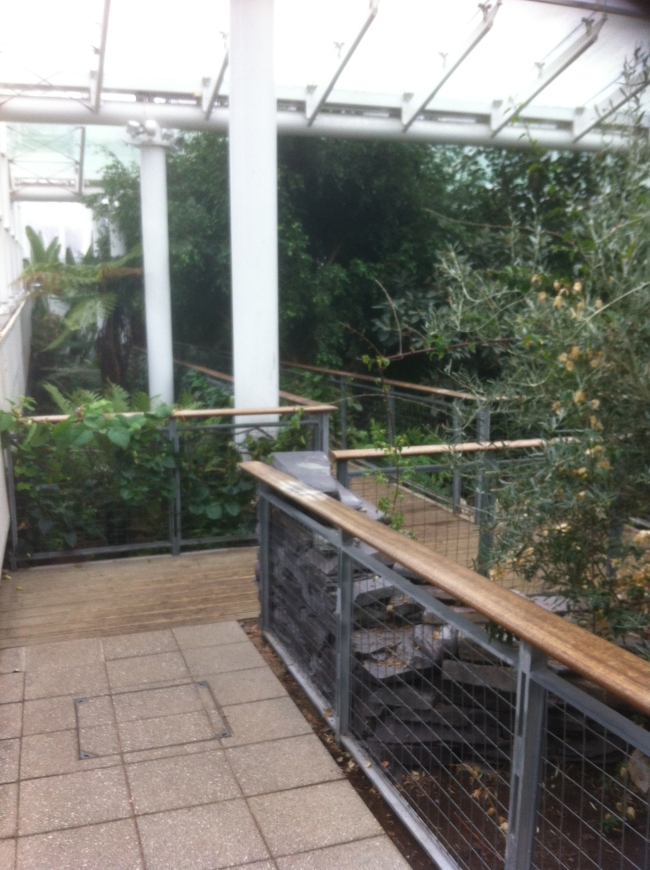 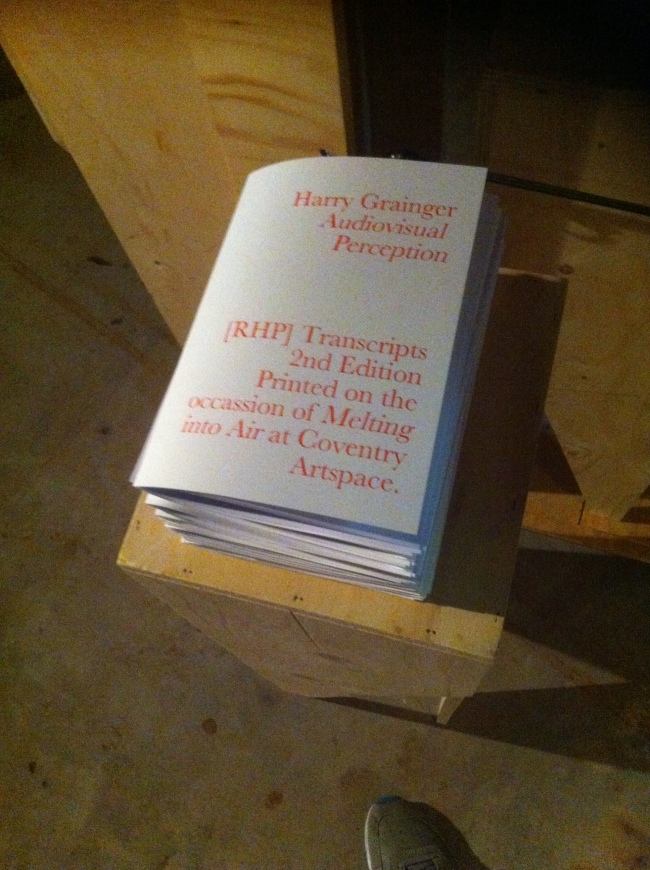 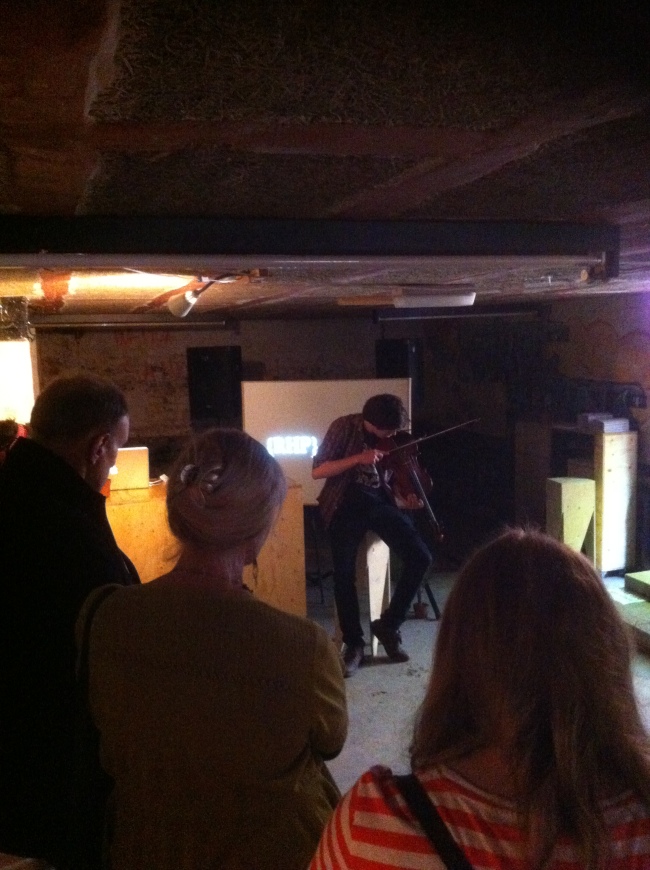 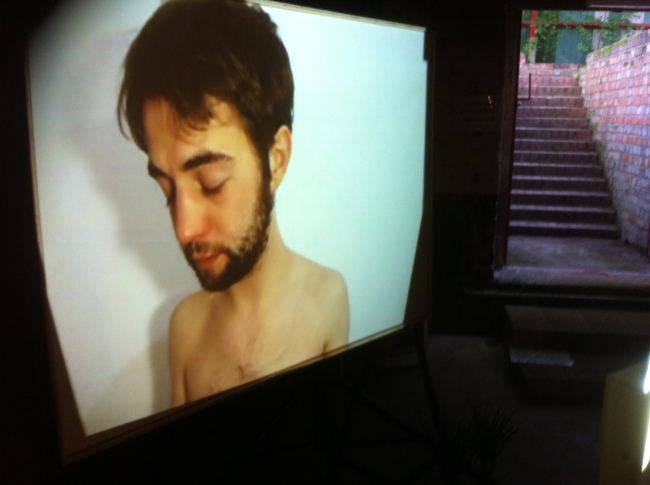